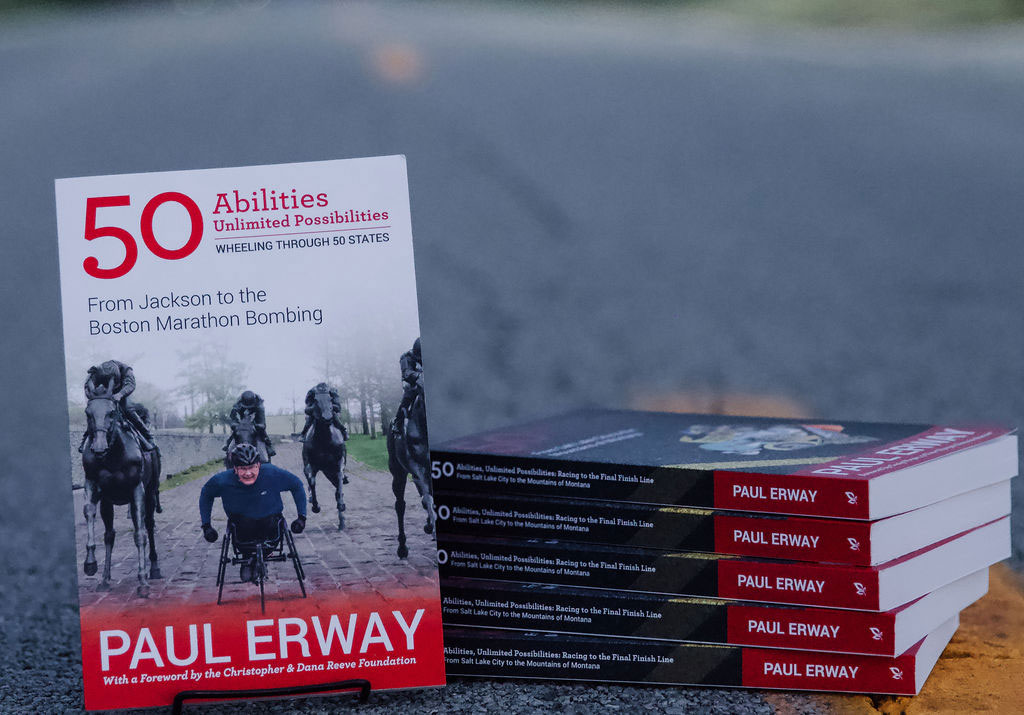 Wheeling Through 50 States: From Jackson to the Boston Marathon Bombing 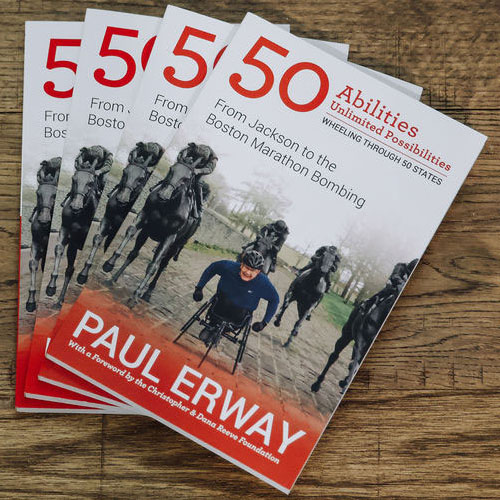 If you want a personally autographed copy or a bulk order, please Contact Paul Erway: 502-724-2300 | paul@50abilities.com

Imagine three wheelchair racers setting and completing a truly audacious goal — finishing 50 marathons in 50 states in 50 weeks. Travel with Paul and his fellow racers to the first 14 marathons in a journey that’s as life changing as it is inspiring. While his story is unique and born from tragedy, the insights and attitude are instructive to all, regardless of one’s abilities or disabilities.

Paul find solutions and positivity in every challenge, and teaches readers to first do three things when adversity strikes:

What to one person might be a handicap is to Paul an avenue to new possibilities. In his first book, he recounts the planning and excitement of the bold mission to complete 50 marathons in 50 states across 50 weeks. He shares the grueling moments, the surprising lessons, the exhilaration of finish line after finish line, and the amazing people he met along the way.

Racing to the Final Finish Line: From Salt Lake City to the Mountains of Montana 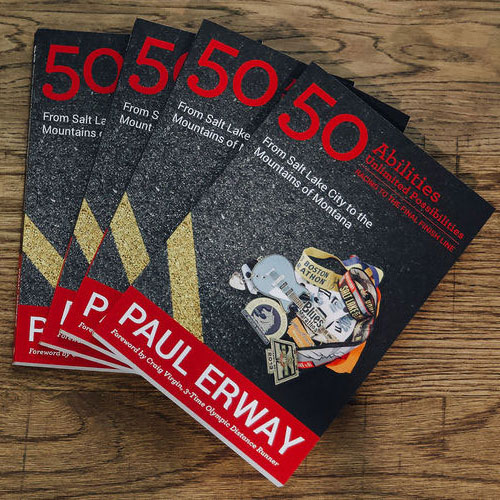 If you want a personally autographed copy or a bulk order, please Contact Paul Erway: 502-724-2300 | paul@50abilities.com

In 2013, three wheelchair racers set out on a bold adventure, attempting a feat of athleticism rarely paralleled as a team — taking on the challenge of 50 marathons in 50 states in 50 weeks. 50 Abilities, Unlimited Possibilities — Racing to the Final Finish Line: From Salt Lake City to the Mountains of Montana is Book #2 of 2 in the “50 Abilities” series by Paul Erway. Book #1 chronicles the first 14 races, from Jackson to the Boston Marathon bombing. And this second and final book takes readers to the remaining 36 marathons, from Salt Lake City, Utah, to Billings, Montana, revealing behind-the-scenes details about what it takes to cross finish line after finish line, week after week (while still working full time!), without losing focus or faith in what is possible. It is a book that will keep you grounded while also lifting you up … a book like no other about a marathon of marathons for unlikely competitors who you never saw coming.

50 Abilities, Unlimited Possibilities — Racing to the Final Finish Line is more than just a story of strength in the face of adversity, even though Paul’s racing career followed a car accident that left him suddenly paraplegic at 21, and despite the fact that a second major accident in his racing chair required a come-back to take on this challenge. His two books are a personal chronicle about life itself. Each race taught Paul something new — about himself and about human nature. He learned about forgiveness and acceptance, faith and communication, patience and integrity, time management and discipline, limitations and love and life itself.