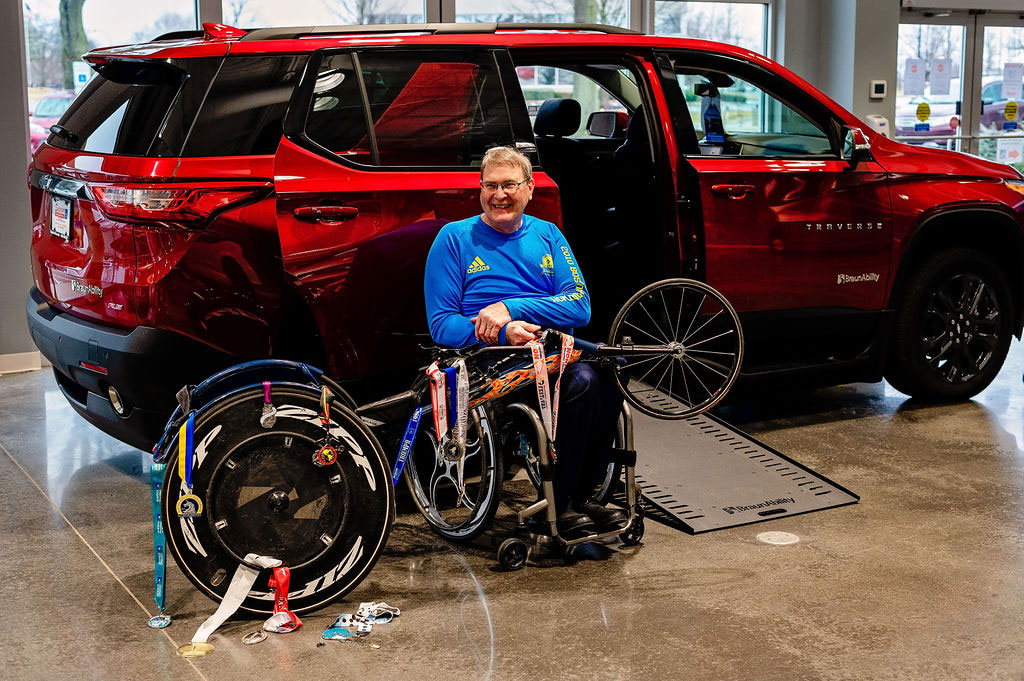 Paul Erway is a man of many talents. He has a big heart, an endless capacity for reinventing himself and inspiring others, and has always been destined to be on a track. As a child and young adult, he was an accomplished equestrian, a passion that sent him to SUNY in Morrisville, New York, to study Animal Husbandry for horses.

A life-changing accident in 1980, on the eve of his graduation, left him paraplegic and on a new path that would take him across the nation and around the world, competing as a wheelchair marathoner and helping others with disabilities. Even when all odds were set against him, Paul realized he was gifted with a new ride — in a wheelchair that could take him places — and unexpected tracks — beyond what he initially had in mind. 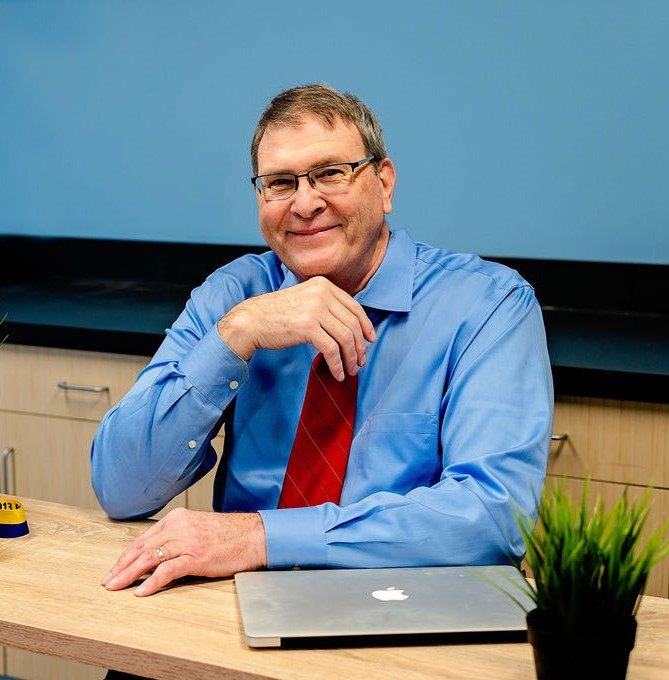 That’s just how powerful this man’s resolve to live is and even though he has no feeling below his chest, he hasn’t allowed that to stop him from achieving his dreams, even if that meant his life’ path was no longer destined to be filled with dirt and turf, but rather be traded for pavement.

In 1982, he decided he would take part in his first wheelchair race and fell in love with a new form of racing, one he hadn’t originally considered. After his first major accident, Paul attended Penn State University, where he studied business. Upon completion, he started helping others through a company that adapts vehicles for individuals with disabilities. It was important to him to regain his independence and “get back on the road.” Seeing how much joy he could bring to the lives of others invigorated Paul, and it was then that he became passionate about showing others how easy it can be to get back on the road of life.

In 1990, Paul competed in the World Wheelchair Racing Championships in Assen, Holland, and competed in the 2010 Oita Japan Marathon, the pinnacle marathon for racing wheelchairs, just four years after a second major accident in 2006. Despite tragic setbacks, Paul continued to exhibit the resilience to come back to accomplish even bigger challenges.

In 2013, Paul partnered with Grant Berthiaume and Aaron Roux to take on the challenge of attempting to complete 50 marathons in 50 states in 50 weeks to raise awareness of spinal cord injuries and support for the Christopher & Dana Reeve Foundation — all while working full time. The two-book series, 50 Abilities, Unlimited Possibilities chronicles the exhilaration and exhaustion of those 50 races.

Paul is a sought-after speaker and addresses audiences of medical rehabilitation professionals and students as well as fellow spinal cord injury survivors, across the nation. He has served as Director of the Organizing Committee for the wheelchair division of the Kentucky Derby Marathon, the Southern Parkway Mile and the Adaptive Sports Round-Up. Paul is always looking to involve others in adaptive sports through his own participation and volunteerism.

Through his books, his speaking and his everyday interactions, Paul endeavors to share his philosophy that “the more people you can help, the more you will be blessed.”

Explore Paul’s current offerings and learn how your team, organization or group can become inspired by one’s endless abilities. https://www.paulerway.com/speaking/

The Power and Purpose of 50 Ability Marathons

It’s been said that there is power when people unite, and when three wheelchair athletes joined forces to support an important cause — raising awareness and funds for spinal cord injury survivors — this was never more evident.

Paul Erway, and Grant Berthiaume joined forces in 2010 to compete in the greatest race for wheelchair athletes in Oita, Japan. While there — realizing that they had just completed a major milestone — they collectively dreamed about the next accomplishment to undertake. They decided to attempt to tackle a goal that had never been attempted. They sought to make a difference in the lives of over 1.3 million people living with spinal cord injuries by completing in 50 sanctioned marathons in 50 states within 50 weeks and, while doing so, engage with the local hospitals in each city they raced in to identify ways to support the spinal cord injury survivors as well as raise funds for research and treatment. Each marathon provided them the chance to express gratitude to therapists, visit local hospitals and rehab centers, and visit others impacted by a spinal cord injury, leaving them inspired and motivated to get back on their horse and help those who survive … survive life!

Learn more about the marathons that these wheelchair athletes participated in during the years 2013 and 2014.

The Christopher and Dana Reeve Foundation

Paul’s purpose has always been to give back and leave a lasting impact. When selecting a nonprofit to support and fundraise for during his marathon quest, he couldn’t imagine a better organization to support — especially since its mission had so many parallels to that of Paul’s.

Christopher Reeve’s equestrian accident was one that Paul reflected on many times as he, too, had come close to having a similar incident with the uncertainty of riding horses. Like many others, Paul watched Reeve’s story unfold — a story of struggle with what was such a slim chance of gaining movement back to helping increase those odds for others through his foundation. Paul found it rewarding to see the burst of new research with new ideas for therapy — both which changed greatly because of Christopher Reeve. Now what once was a slim margin for so many spinal cord injury victims of getting any movement back has now increased. Now those affected by spinal cord injuries do have a better chance of getting movement back and some full recovery.

Paul continues to support the Christopher and Dana Reeve Foundation and encourages other to consider supporting the foundation as well. Consider making a donation to help fund innovative research and improve the quality of life for people living with paralysis through grants, information and advocacy. Donate to Team Reeve.