“At 2:49 p.m. on Monday, April 15, 2013, the unthinkable occurred. A deed so horrendous that it will be remembered as one of those days that freeze in one’s mind for all time, like JFK’s assassination on November 22, 1963, or the terrible destruction of September 11, 2001. Every citizen of the USA — including the thousands of participants, and the hundreds of thousands of friends and family who knew someone at the Boston Marathon, can still pinpoint where they were at that particular moment. They remember what they thought and felt when hearing or witnessing the atrocity of a terrorist attack at a marathon”- Excerpt from 50 Abilities, Unlimited Possibilities 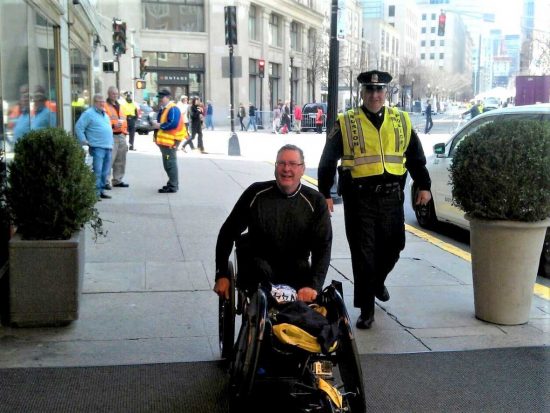 This picture was taken in front of the hotel in Boston; just three blocks over my left shoulder is the finish line of the Boston Marathon. I’m sure I looked drained after completing 26.2 miles, so that kind officer walked with me for the last two blocks to make sure I got to the airport okay. Neither of us realized just how how much our world was about to change.

That race was my third completion of one of the greatest athletic events in the world. It was also the fourteenth marathon; only 36 to go in our 50-marathonchallenge. I rolled across the finish line 11 minutes before noon and started heading to my flight. I had to be at work the next morning, so the clock was ticking. Boarding is always a difficult process as it involves transferring from my regular chair to an aisle chair; a narrow contraption which can make tight turns and fit down the aisle of a plane. However, I do get to board first. There is rarely a First-Class seat available, but in that case a passenger politely offered to change seats. I was assigned to 1C in the front row, and soon joined by the window seat passenger. As he was stepping over my legs to get to the window seat, I noticed his running shoes.

“Are you a runner or do you just like really nice running shoes?” I asked. “I’m the President of Saucony Running Shoes, Richie Woodworth.” He replied.

2:45 p.m. — wheels up. It would be almost three hours before our plane touched down in Atlanta, and for that brief period those of us in the air were unaware of what had happened.

Richie and I were both tired – me from my 26.2 miles and he from a long week of hosting the Saucony Expo exhibit – but we talked for a bit about our experiences with Boston. I mentioned the Christopher & Dana Reeve Foundation and their efforts to support those with spinal cord injuries, and threw in a plug for possible sponsorship of our challenge. We eventually became quiet and I drifted off to sleep.

5:30 p.m. — wheels down. Cell phones were activated once we landed and in turn both of our phones starting dinging and buzzing wildly. Richie’s demeanor quickly changed after looking at his phone; he was very quiet for a while as he read and replied to texts.

“Did they tell you who won?” I eventually asked. “There was a bomb at the finish line”

Word of the bombing spread like wildfire as the passengers started to deplane. I was in complete disbelief and confusion; going from the euphoria of completing one of the greatest races in America to the bleakness of learning about people being killed or maimed for life.

I can’t imagine the fear and dread that Richie was experiencing as he stared athis phone; his company had a booth at the finish line. My 26 e-mails, 13 texts and 9voicemails were all from friends and family concerned about my wellbeing, but Richie was distraught as he was left to wonder about the fate of his employees and team that he left behind. I could not comprehend what he must have been going through on this Patriot’s Day; Monday, April 15, 2013.

Three years later, on April 12, 2017, I got to meet Rebekah Gregory – a survivor of the Boston Marathon Bombing – and read about what she was through on that dreadful day. A movie that recounts the event – Patriots Day, with Mark Wahlberg, Melissa Benoist, and Kevin Bacon – is one that I highly recommend.

My favorite scene in the movie is when Mark Wahlberg says, “What I saw today? Good versus evil, love versus hate. There’s only one weapon you have to fight back with, it’s love. Your wrap your arms around each other, I don’t think there’s a way they could ever win.”

Watching Patriot’s Day brought back heartfelt memories of that day for me, but also things that I did not see myself. Now, I understand how a tragic act of one or a few can change the world, and how it affects everyone in a different way. Mark may be right; we have to fight back with love. 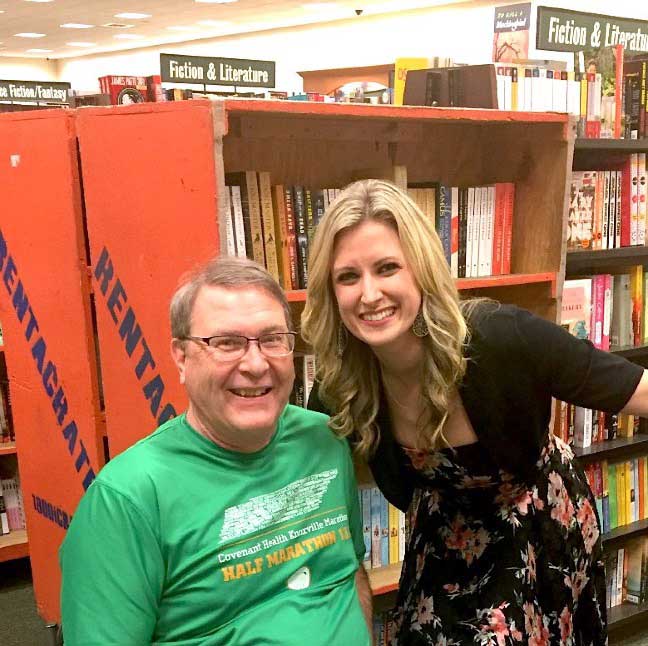 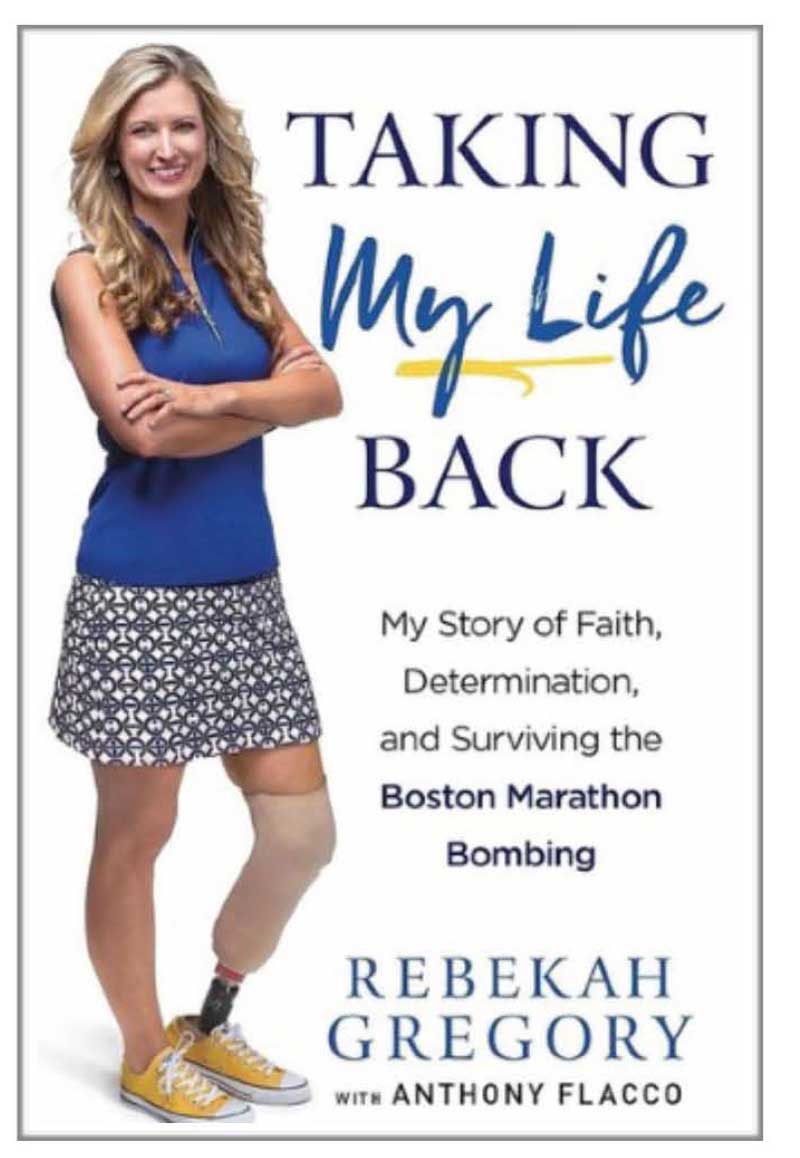