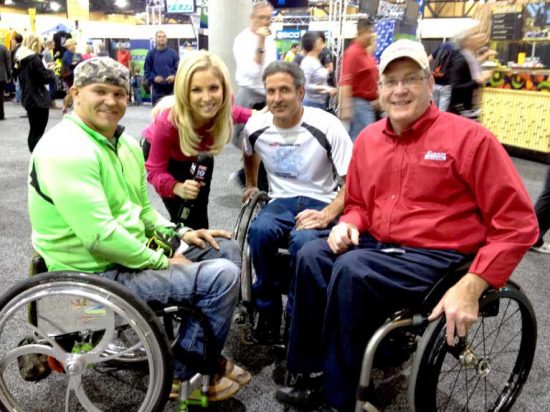 The sensational position that I have been blessed with was offered to me more than twenty years ago. I had moved 1,200 miles away to start a company, but I soon realized that I had chosen the wrong partner. While he was an extremely smart engineer, he was not a leader. He had designed some amazing equipment dedicated to helping others, but he wouldn’t listen to anything anyone else had to offer. After four years, someone approached me with an offer. The call came from my competition in the metropolitan area, from the manager of the location. He said he knew about what was going on and wanted to talk to me about coming over to them.

I soon came to learn that this manager, Sam, was the son of a man who had built four different businesses, each one run by three family members. From an early age the family was involved in growing these businesses, so they were taught and given great leadership from their father. When Sam was young he had the chore of washing all the vehicles on the car lot. When he was fourteen, someone approached as he was cleaning one of the full-size luxury vans. They were looking to buy and started asking him some questions about the vehicle. Before you know it, Sam had the keys in his hand and was taking the customer out for a test drive and getting the commitment to buy. His father showed him how to fill out sales forms so that he could get his first sale at such a young age.

The guidance that this son received from a great leader has led him to grow in his own leadership skills; taking on two of the divisions of the businesses. After one of the divisions was closed, he focused on the second; working solely with adaptive vehicles. The increasing demand in that market led to the need for two locations, which brought me in with the wonderful offer.
Now, Sam has taken that business from one location to sixteen locations in seven states. He has a family of his own and is teaching his son just as his father did with him, grooming him to help in the business. In my twenty years there I had seen this boy grow with kindness and integrity, becoming a leader just as his father and grandfather.

Growing up on a farm way out in the country and being the third from the bottom of eight kids, it was definitely my father’s leadership that helped me through the years. So much that I gained from my family was and is a major factor in my life. I remember I always had a responsibility or a chore to do, but it didn’t feel like work. Instead, it was a way that I could help my father and my family.
My older siblings led by example, and I was able to tell what my future responsibilities would be by watching what they were doing at the time. I still have a picture of me at about three years old with my snow suit on, holding a manure shovel by the barn as I worked the best that a little kid could. At age four or five I could help in the hay field by rolling the hay bales into a line so it was quicker to collect them. Eventually I got behind the steering wheel of a truck or tractor and would keep it in a straight line as my younger siblings rolled those bales up, even if I couldn’t reach the pedals without sliding off the seat or an older sibling had to jump up to steer at the start or completion of a row. I would also help by stacking the bales on the truck as the older ones tossed them up.

I was also able to see which clothes I would be getting in the next few years. With so many siblings I knew that whatever the older ones wore, I would be wearing before long. My mother was wonderful at making that transition seem normal. She had us take good care of our clothes since we cared about one another and knew that the next child would need that item.

The leadership of my father was shown especially in how he disciplined us. Eight kids meant that there were a lot of fights stirred up between so many of us. All my father would have to say was ‘You boys got a problem?’ and whatever our answer was he would say ‘good’ and give us each a task to complete, either separate or together depending on what happened. There’s always work to do on a farm, and we quickly started to respond with ‘There’s no problem’. To which he still gave us things to do.

Even the community saw his leadership value. They elected him to township positions, he ran for county office, and ended up working in an elected position at the state capital. There are so many stories that my siblings and I can tell about being blessed with the leadership that comes from a great parent.

Leadership is not a trait that you are born with, that only certain people have. In Simon Sinek’s speech on leadership he says,

“The closest thing to leadership is parenting. It has ups and downs, successes and failures, and its always changing. You must always be learning and growing; how to listen, how to discipline in a way to be constructive. Just like a parent you ask others, you read books, you watch videos.”

That is what makes a great leader; the knowledge that they gained from others about having a vision of where they wanted to go, having a plan to get there, having core values and doing the right thing, holding people accountable for the choices they make, and doing everything to the best of their ability. What makes a leader is how they were raised to do the little things that make a big difference, care about another, and have each other’s backs in any way possible.

The second race in our 50 marathon challenge was in Houston, Texas. It was one that Grant had already taken part in a few times, so for this race especially we were counting on his leadership.

“Because of Grant’s experience with racing marathons, we followed his lead. He showed us LEADERSHIP as he explained that after the first grueling race, the rest

would be a piece of cake. He took over providing expectations and the entire year’s schedule.”
– Excerpt from 50 Abilities Unlimited Possibilities